Experience, Excellence and Integrity in the Courtroom 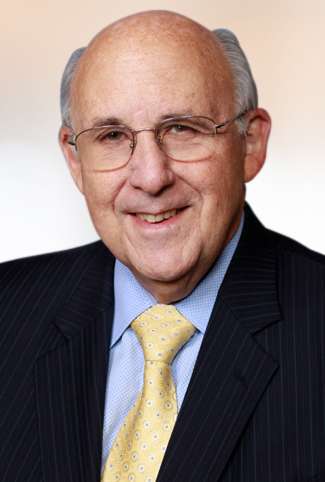 George E. Meng has built a solid reputation as an aggressive attorney with knowledge in multiple areas of civil law in Southern Maryland, including estate and trust litigation, probate, guardianship and family law. He has decades of experience in trials before judges and juries, as well as appeals, mediations and arbitrations. Mr. Meng has helped many individuals since he started his practice in 1973.

A Military Engineer With a Disciplined Mind

Mr. Meng graduated from the Catholic University of America with a Bachelor of Science in Engineering degree, majoring in Space Science and Applied Physics. In his six years at Westinghouse, he worked with the U.S. Navy on the radar and weapons control systems for the Phantom F4-J aircraft. During that time, he deployed to the Mediterranean on the USS Independence and to the combat zone in Southeast Asia on the USS Enterprise. He returned to Catholic University for law school, taking classes in the evenings. Mr. Meng received his Juris Doctorate after three and a half years, graduating in 1973 in the top 10 percent of his class and as Comment Editor on the Law Review

A Dedicated Lawyer With a Passion for Litigation

Mr. Meng’s legal career began in 1972 when he clerked for Judge Alfred L. Scanlan, a Maryland Court of Special Appeals judge. In 1973, he joined the law firm of Pitrof & Starkey as an associate. In 1979 Mr. Meng became a sole practitioner and in 1983 he formed a law firm with three other lawyers to become Greenan, Walker, Steuart & Meng. Thereafter, he was the senior partner for Meng & Urey, LLC and Meng & Alpert, LLC. in 2010, he returned to solo practice and moved from his long-time Upper Marlboro location to Prince Frederick.

A Focus on Estate, Trust and Real Property Litigation

Since 1973, Mr. Meng has practiced estate and trust law. In his early career, he focused on family law — primarily divorce and custody litigation — followed by an emphasis on personal injury insurance defense. In 2001, Mr. Meng shifted his focus to estate, trust and real property litigation. This was a natural transition, as family law and estate law share the dynamics of handling family members under significant emotional strain.

Technically Skilled and Recognized for His Achievements

Mr. Meng has held an AV® Preeminent Peer Review Rating from Martindale-Hubbell® since 1987.. He carries a Superb rating of 10 out of 10 with Avvo. He has been included in Super Lawyers and has been in the top 100 for Maryland Super Lawyers.

Committed to the Integrity of the Legal Profession

In the 1970s, Mr. Meng was a co-founder of a formal bar organization for lawyers in need of assistance due to emotional issues, substance abuse and other practice problems. It was one of the first such organizations in the United States. Since early in his practice, he has been involved with ethical matters as a member of various panels, commissions and review boards.

I hold my integrity as most important. My ability to communicate in an honest, straightforward and complete way is a close second. —George E. Meng

Trust the wisdom of an experienced attorney

With a wealth of hands-on experience in litigation, arbitration and mediation, George E. Meng offers his clients excellent legal service. You can count on him to return your phone calls and emails promptly and keep you informed and updated as your case progresses. Contact him online or call him at 410-449-1647.

He provided an unbelievable service to our family

Mr. Meng was highly recommended for a family estate. He provided an unbelievable service to our family. There wasn’t an exception when we sent a message or called that he didn’t answer within the hour-weekend or not... More

I was 100% satisfied with the legal representation I received from Mr. Meng regarding an estate matter in Charles County. He was always quick in replying to my phone calls and e-mails. He was a good listener. He was thoughtful, detailed, and thorough in providing legal advice... More

I would have no other

Mr. Meng and I go back a very long time. He has not only been a friend but our family attorney. for decades. I would have no other. He has represented us in a number of cases all of which turned out in our favor. He is one of the most thorough individuals I know using information... More

Meng Law has handled several business and personal matters for me in the last 5+ years. Most recently, the Senior Partner, George Meng, handled the sale of a partnership that was quite complicated. The sale went flawlessly. On the personal side, the firm handled my Will and... More

I highly recommend George and his firm

I'm a local attorney who recently had the pleasure to co-counsel a high-dollar trust case with a high likelihood for litigation. With George's longstanding reputation and vast knowledge of trust litigation, we were able to achieve a win-win resolution for the... More

George has decades of experience

I most highly recommend the legal services of George Meng. George has decades of experience working with the most complicated and challenging cases. His dedication to the client and the task at hand is exemplary. He is intelligent, witty, personable and... More

Many lawyers and judges seek his advice.

From another attorney - I have known George Meng and his work for more than 35 years. His work is exemplary, and he is truly the DEAN of his practice areas. Many lawyers and judges seek his advice. More

Sierra is as intelligent and as diligent as they come. She works exceedingly hard to ensure that her client’s needs are met and that they understand the process every step of the way. Sierra’s hard work pays off in the best possible outcomes for her clients. Highly recommend! More

I recommend him without the slightest reservations.

George Meng has been my lawyer for nearly a decade, handling personal estate matters, business contracts and contract disputes, real estate and negotiations. He is the most able, meticulous, thorough, ethical and reliable of the many attorneys I... More

I find him the best value

My family and I have relied on George Meng for the better part of a decade and are quite satisfied. Several of our matters have been intrastate in nature, requiring coordination of remote resources and face-to-face counterparty negotiations. Others were more routine i.e. ... More

She was thoughtful, responsive, and proactive.

Sierra was extremely helpful when she helped me with an issue I had. She was thoughtful, responsive, and proactive. I would highly recommend her + this practice! More

Great firm to work with

Meng Law was very responsive and handled a titling issue with great results! Great firm to work with and they care about their customers. I would recommend them 100%! More

From another attorney - Mr. Meng and Ms. Mitchell are top notch professionals with an impressive understanding of the law and legal procedure. They are very competent adversaries for their clients and are highly respected in the legal community. More

He is top notch!!

I highly recommend the legal services of George Meng. Estate and will matters can be complicated and Mr. Meng has decades of experience. He is top notch!! A+++++++++ More

Nothing less than 5 stars!

I have had the pleasure of working with Meng Law in regards to multiple matters. Not only is Sierra professional and easy to work with, she is committed to her job and helping others. Nothing less than 5 stars! More

He is very competent and responsive

From another attorney - George Meng is an excellent attorney. He is very competent and responsive. He handles complicated and difficult matters with expertise and professionalism. More

He would be my first choice

From another attorney - I have worked with George Meng over the years and also watched his participation in the Maryland lawyers estate and trust listserv. He is almost uniquely careful, thorough, and thoughtful. He would be my first choice for any estate.. More

He is the best

From a client with multiple matters over the past 30 years - George Meng is a pleasure to work with--very professional--I have worked with him for many years and he is the best. He is very prompt in his response time and we enjoy working with his office. More

I am always pleased when I work with him.

From another attorney - George Meng is one of the best lawyers in Maryland. I am always pleased when I work with him. More

Sierra Mitchell offers outstanding legal service both in terms of consulting as well as a hired attorney. She is very knowledgeable in Family Law and wants what is best for your child and your situation. She made me feel extremely at ease during a very stressing situation... More

Sierra is phenomenal! I cannot express how happy I am that someone referred me to Ms. Mitchell. She helped me through one of the hardest, most emotional situations of my life by representing me for my custody case. Sierra is compassionate, FAIR... More

I have retained Ms. Mitchell twice. Her knowledge, professionalism and courtroom demeanor give her an edge. The outcome of both cases far exceeded my expectations. Totally recommend Ms. Mitchell !... More

Compassion, perception, and cleverness in a single package

Sierra Mitchell represented me in a contentious custody case that involved an international move with my child. Needless to say, it was extremely taxing, but Sierra dealt with each aspect... More

Sierra was the most respectful and professional attorney that we have interacted with. She assisted us with preparing personal documents prior to the birth of our daughter. Sierra was not only our attorney, but she was a true mentor with the process... More

Mrs. Mitchell is very personable with lots of knowledge and experience in multiple fields of law. We used Mrs. Mitchell to create our Will and Advanced Directive. We highly recommend her! More

Posted by Stacie and Bill